1, 2, 4, 9 channel transmitters and prewired receivers with connector, with and without built-in transmitter.
433.92 MHz rolling code, with management of Identity Codes and Certificates, self-learning and built-in proximity receiver; with 72 bit O-Code encoding, also compatible with receivers with Nice FloR encoding. Available in versions with multiple input sequential encoding (Era OneC).
Advanced: uses data processing and recognition systems that increase its degree of security and deliver a threefold reduction in automation response times.
Easy memorisation, even at a distance: thanks to Opera receivers.
Safe: if a transmitter is stolen or lost, with the O-Box the user can replace it, maintaining the same functions as in the previous one, disablethe old transmitter by increasing the priority level on the new Era One.

There are two options for enabling a new Inti transmitter, even at a distance from the system:
• using a transmitter already programmed in the receiver, thanks to the enabling Code exchange between the two;
• using the Nice O-Box connection interface; the receiver’s Certificate is entered by just placing the new Inti next to the O-Box and following the guided procedure on a PC or PDA.
Extremely practical: using the O-Box software, the Era OneC version allows whole packs of 10 devices to be programmed in a single procedure, without even opening them!
Elegant and convenient: the Era One transmitter can be used as a stylish, high-tech keyring or fixed to the wall or your car’s dashboard with the handy support included in the pack.
Era OneFM, ideal for use in cities or places where many devices are present.
868.46 MHz Rolling Code transmitter line, using frequency modulation (FM), less sensitive to interference than amplitude modulation AM. 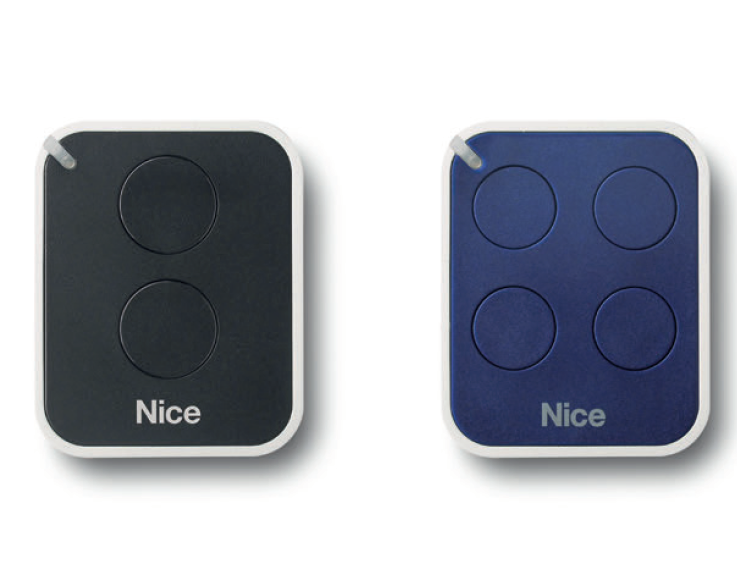 We here to help in anything you
need. Call us on below number.